Celebrate the 388th Anniversary of Karawang, INOTEK and Sampoerna for Indonesia Hold a Series of “Entrepreneurs Rise to Care” with Local MSMEs 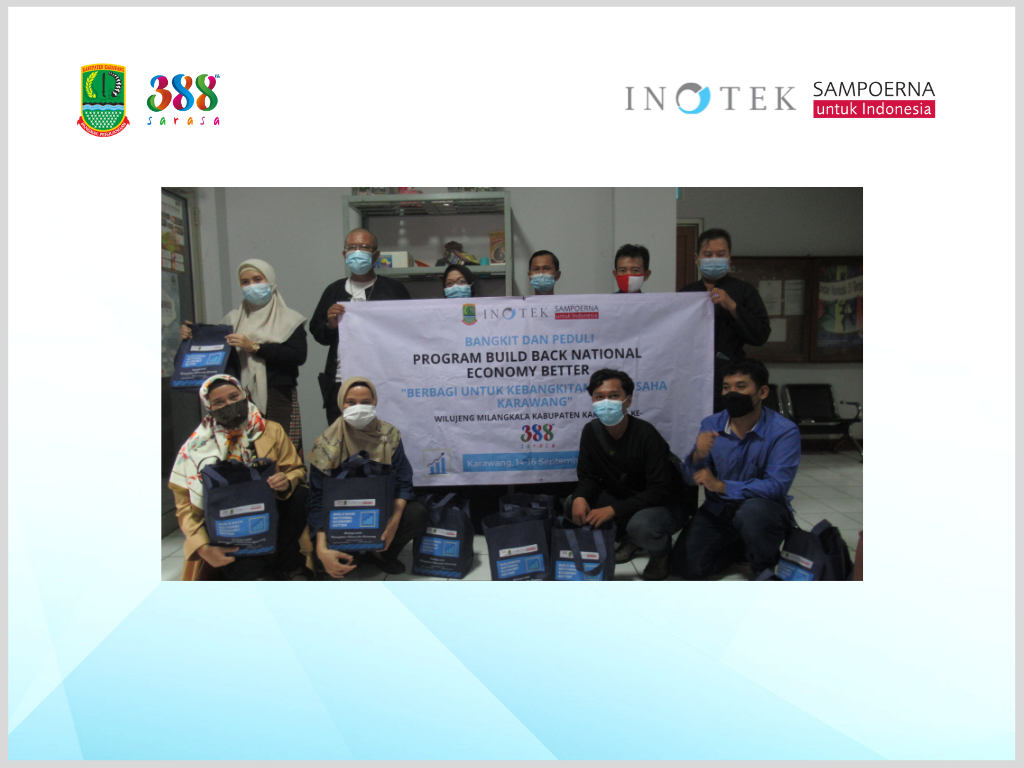 Karawang, September 14, 2021 – In commemoration of the 388th anniversary of Karawang, the Indonesian Technology Innovation Foundation (INOTEK) and PT HM Sampoerna Tbk. (Sampoerna), through the umbrella of Sampoerna’s sustainability program for Indonesia, together with 68 MSMEs fostered in Karawang Regency carry out the MSME Awakening and Peduli activities. The activity, which runs on September 14-16, 2021, invites the assisted MSMEs to produce and distribute assistance to the Karawang community affected by Covid-19.

After carrying out similar activities twice, MSME Bangkit and Peduli this time carried the theme “Sharing for the Awakening of Karawang Entrepreneurs” and distributed 388 food packages and hand sanitizers as a symbol of the rise of MSMEs in Karawang to commemorate the 388th anniversary of Karawang.

This activity is part of the series of Build Back National Economy Better (BBNEB) programs from INOTEK and Sampoerna, through the umbrella of Sampoerna’s sustainability program for Indonesia, which is aimed at supporting entrepreneurs and MSMEs as the pillars of the nation’s economy which is currently being affected by the COVID-19 pandemic. The BBNEB program is designed to support the economic recovery of the community by assisting MSMEs to adapt in the midst of limited business movements due to the prevailing social restrictions.

Ivi Anggraeni as the Executive Director of INOTEK Foundation said, “We hope that this small step will be able to provide enthusiasm and motivation for the front line of economic warriors, namely MSMEs, in order to encourage the creation of National Economic Recovery”.

Sampoerna’s Head of External Affairs, Ishak Danuningrat, emphasized Sampoerna’s commitment through the umbrella of Sampoerna’s sustainability program for Indonesia in supporting the national economic recovery, especially through MSMEs as the backbone of the economy, including in Karawang Regency.

“We always support the movement of MSMEs and especially during this 388th Karawang Anniversary celebration, we hope this program can encourage economic turnover at the local level, support expanding Karawang MSME market share and contribute to national economic recovery,” said Ishak

Head of the Department of Cooperatives and SMEs (KUKM) Karawang Regency, Drs. Ade Sudiana expressed his support for this activity to encourage the revival of MSMEs and also to enliven the 388th anniversary of Karawang Regency “Sarasa-Love Yourself Healthy Karawang”.

Mentoring and commercialization of MSMEs in order to enliven the Karawang Anniversary through the BBNEB program was carried out in September with several series of activities, namely Harbolnas 9.9 through inotek.market, training, and continued with the MSME Featured Product Bazaar exhibition on 23-26 September 2021, and business matching with the Local Corner of the Sampoerna Retail Community (SRC) to market local MSME products at SRC member grocery stores.

In its implementation, INOTEK and Sampoerna collaborate with several strategic partners, including the KUKM Office of the Karawang Regency Government. BBNEB has provided assistance to more than 500 MSMEs in Jakarta and Karawang with a focus on product commercialization to improve the welfare and standard of living of MSMEs. 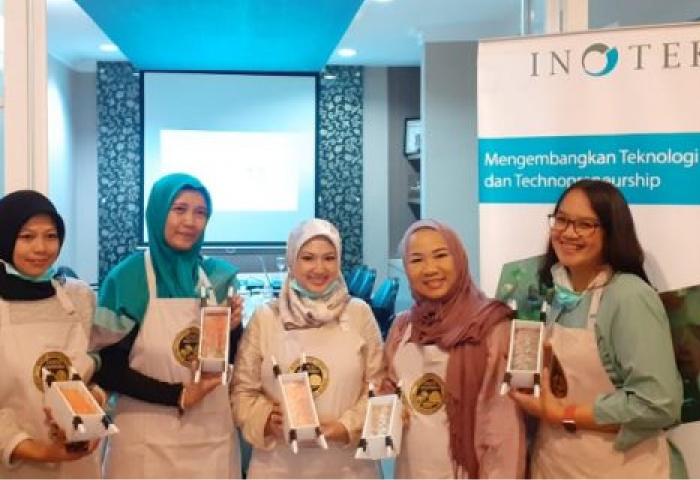 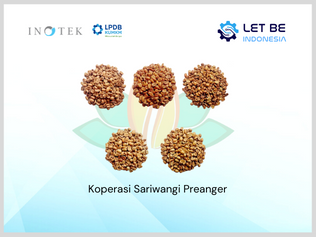 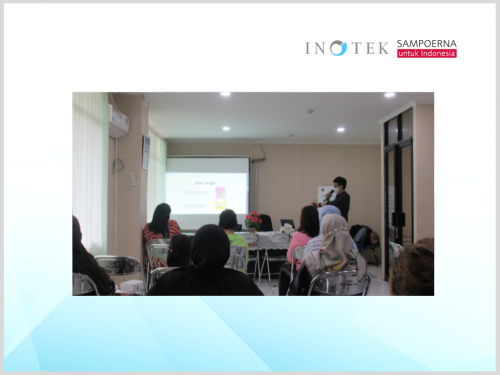